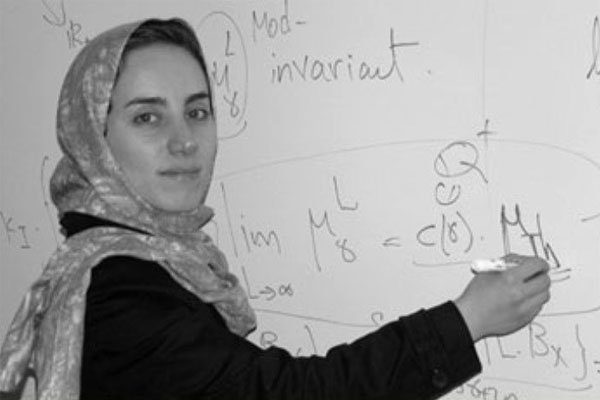 Since last year, I have been trying to figure out how to encourage even more girls to participate and excel in AMC competitions. This time I was more focused on the high school ones as the participation rates have been dropping from AMC 8 to AMC 10. When I figured it out, there were many people who helped to make it a reality. I would first like to thank the wonderful MAA staff – especially Ms. Jennifer Barton and Dr. Rachel Levy who were instrumental in ensuring the right way to do this at scale as well as helping with the ongoing logistics for the next few years. Dr. Yahya Tabesh was very helpful with the idea formulation, and of course I am very grateful to the late Dr. Mirzakhani’s family for permitting us to name the prize in her honor.

I am really excited that the Maryam Mirzakhani AMC 10 Prize will be a $5,000 scholarship to the top scoring AMC 10A girl and will be presented at the yearly prestigious Mathematical Olympiad Awards Ceremony. In addition, we will be recognizing top 5 scoring AMC 10A females in 29 MAA sections nationwide.

Here is the MAA Announcement:

WASHINGTON, DC (Dec. 5th, 2019) — The Mathematical Association of America (MAA) received support from Awesome Math Girls, an organization dedicated to making mathematics and problem solving more appealing to girls in middle school and high school levels. The funds will support a prize and awards, honoring the top-performing female students on the MAA American Mathematics Competition (AMC) 10. The prize and awards will be given yearly to students who self-identify as female while taking the AMC 10A.

“AMC 10 and AMC 12 high scores are still achieved by more boys than girls even in this decade. My humble hope is that this prize encourages and motivates more girls to participate and excel in math competitions in high school,” said Meera Desai, creator of Awesome Math Girls organization.

According to a 2019 National Center for Science and Engineering Statistics (NCSES) report, over the past two decades, the share of women receiving bachelor’s degrees in mathematics and statistics has declined. Women remain underrepresented in the STEM workforce, although to a lesser degree than in the past. This prize is designed to motivate females interested in mathematics and serve as an inspiration to break through the mathematics glass ceiling.

“I am truly grateful to the Mirzakhani family and Awesome Math Girls for their support of the Maryam Mirzakhani AMC 10 Prize. As a woman of color, I truly understand the importance of seeing yourself in role models, mentors, and leaders that we lift up. I hope the prize shows young female students that they too can be pioneers and leaders in mathematics,” said Jennifer Barton, director of competition operations at the Mathematical Association of America.

Maryam Mirzakhani AMC 10 Prize and Awards are named after Maryam Mirzakhani, an inspirational mathematician and professor of mathematics at Stanford University. “Dr. Mirzakhani achieved so much at such a young age and defied all the odds on her journey to mathematical excellence,” said Meera Desai. Mirzakhani was the first female honored with the Fields Medal , the most prestigious award in mathematics and she is an IMO gold medalist with a perfect score. Mirzakhani’s accomplishments laid the groundwork for aspiring young mathematicians and she is quoted by Stanford News saying “I am sure there will be many more women winning this kind of award in coming years.” On 14 July 2017, Mirzakhani died of breast cancer at the age of 40.

If you are interested in supporting this initiative or other programs at the MAA visit our website. Learn more about this prize and stay updated on the award announcement.

The Mathematical Association of America is the world’s largest community of mathematicians, students, and enthusiasts. We accelerate the understanding of our world through mathematics because mathematics drives society and shapes our lives. Learn more at maa.org.