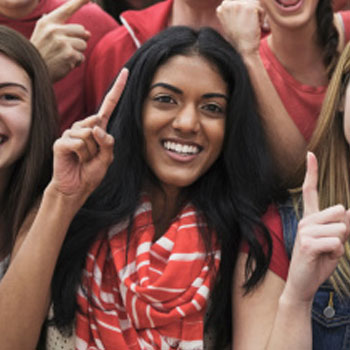 IITs are considered prestigious institutions in India with very low acceptance rates and have history of producing top technical minds similar to MIT in USA.  Even Fortune magazine covered the network and brand of IIT in this article in year 2000 at peak of the dot com boom.

The gender ratio in IITs continue to be imbalanced as per this article with specific data. Out of approximately 10000 students who get admitted every year based on their scores in Joint Entrance Examinations, only 10% of admitted students are girls from 2011-2015. JEE covers questions from Mathematics, Physics, and Chemistry. I have discussed the pattern of girls achieving high scores in AMCs and AIMEs in the past. The similar is true here that the number of girls at top end of the scores in JEE tend to be fewer and there are potentially a variety of reasons for that including cultural reasons where Indian parents don’t tend to send their daughters to expensive coaching camps away from home.

Here is the good news. IITs have decided to admit more women beginning 2018 to buck the trend. The goal of these additional seats just for girls is to get the percentage of females to 20 over the next few years. This is encouraging as there are many cultural and socioeconomic reasons on why the female percentages were so low to begin with. IITs also made a smart decision and decided to add additional seats for girls rather than making it a zero sum game within existing seats. Also, girls have to still score high in the JEEs to get accepted which means the bar of acceptance has not been compromised.